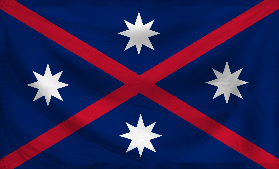 The Kingdom of Fetra is a colossal, cultured nation, ruled by His Majesty Andrew VI with an iron fist, and remarkable for its ubiquitous missile silos, complete lack of prisons, and sprawling nuclear power plants. The hard-nosed, hard-working, cynical, humorless population of 9.741 billion Fetrans are ruled by a mostly-benevolent dictator, who grants the populace the freedom to live their own lives but watches carefully for anyone to slip up.

The medium-sized, corrupt, well-organized government juggles the competing demands of Defense, Education, and Industry. It meets to discuss matters of state in the capital city of Nicia. Citizens pay a flat income tax of 67.9%.

The frighteningly efficient Fetran economy, worth a remarkable 2,724 trillion Fetran crowns a year, is broadly diversified and mostly comprised of black market activity, especially in Arms Manufacturing, Information Technology, Tourism, and Retail. State-owned companies are reasonably common. Average income is an amazing 279,654 Fetran crowns, with the richest citizens earning 8.6 times as much as the poorest.

Artists are pillars of society, the giant 80-storey carving of His Majesty Andrew VI in Mount Rushless can be seen from space, the number of students attending university has reached a record high, and the government has organised a nationwide cull of infected Lynxes. Crime, especially youth-related, is totally unknown, thanks to a capable police force and progressive social policies in education and welfare. Fetra's national animal is the Lynx, which is also the nation's favorite main course, and its national religion is Christianity.

Fetra is ranked 7,776th in the world and 41st in Confederation of Corrupt Dictators for Most Developed, scoring 92.03 on the Human Development Index.