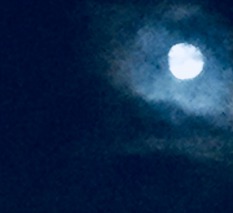 The Queendom of Fencia is a gargantuan, genial nation, remarkable for its museums and concert halls, avant-garde cinema, and devotion to social welfare. The compassionate population of 10.415 billion Fencians are fiercely patriotic and enjoy great social equality; they tend to view other, more capitalist countries as somewhat immoral and corrupt.

The medium-sized, socially-minded government prioritizes Education, with Welfare, Administration, and Law & Order also on the agenda, while Spirituality and International Aid are ignored. It meets to discuss matters of state in the capital city of Ludopolis. The average income tax rate is 36.9%, but much higher for the wealthy.

The large but underdeveloped Fencian economy, worth 423 trillion Dollar-groats a year, is led by the Tourism industry, with significant contributions from Book Publishing, Beef-Based Agriculture, and Furniture Restoration. State-owned companies are common. Average income is 40,635 Dollar-groats, and distributed extremely evenly, with little difference between the richest and poorest citizens.

Drills and shovels have been banned as the government cracks down on any means of fracking, the nation has opened its arms to an influx of refugees, town nameplates frequently raise giggles from passing tourists, and libraries are now installed with jacuzzis and mini-bars. Crime, especially youth-related, is totally unknown, thanks to a capable police force and progressive social policies in education and welfare. Fencia's national animal is the Fencian Mountain Frog, which is also the nation's favorite main course.

Fencia is ranked 81,339th in the world and 5th in The Atlantic for Most Scientifically Advanced, scoring 86.76 on the Kurzweil Singularity Index.