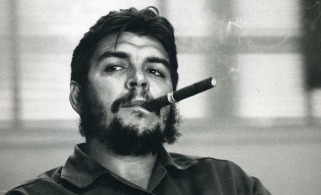 The Allmighty Nak Nakian Colony of Feckface is a gargantuan, orderly nation, ruled by Allmighty Nak nak with an iron fist, and renowned for its fear of technology, infamous sell-swords, and triple-decker prams. The hard-nosed, hard-working, cynical, humorless, devout population of 42.575 billion NakNakians are ruled with an iron fist by the corrupt, dictatorship government, which oppresses anyone who isn't on the board of a Fortune 500 company. Large corporations tend to be above the law, and use their financial clout to gain ever-increasing government benefits at the expense of the poor and unemployed.

The minute, corrupt, moralistic, well-organized government, or what there is of one, is effectively ruled by the Department of Defense, with Social Policy and Environment not funded at all. It meets to discuss matters of state in the capital city of NakNakDam. Income tax is unheard of.

The frighteningly efficient Feckfacean economy, worth an astonishing 25,065 trillion Naks a year, is driven almost entirely by the private sector, which is broadly diversified and led by the Arms Manufacturing industry, with major contributions from Uranium Mining, Woodchip Exports, and Furniture Restoration. Average income is a breathtaking 588,728 Naks, but there is a vast disparity between incomes, with the richest 10% of citizens earning 3,994,519 per year while the poor average 31,828, a ratio of 125 to 1.

The government regrets to say that it is forced to make cuts to citizens, calling tech support mid-shootout is a common occurrence, schoolyard sandboxes resemble ashtrays due to the large number of cigarette butts, and flatulent people are left to die of cancer at the end of hospital waiting lists. Crime, especially youth-related, is totally unknown, despite the fact that it is difficult to make it through a day without breaking one of the country's many laws. Feckface's national animal is the Nakster, which is also the nation's favorite main course, and its national religion is NakNakism.

Feckface is ranked 259,947th in the world and 77th in Wysteria for Smartest Citizens, with 0.11 quips per hour.