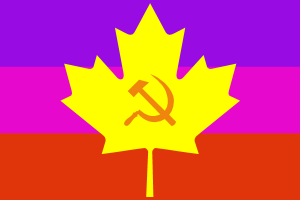 The Communist Country of Fauzjhiax is a colossal, environmentally stunning nation, ruled by Taxelia Darklight with a fair hand, and renowned for its rum-swilling pirates, keen interest in outer space, and punitive income tax rates. The compassionate, democratic, cheerful population of 6.193 billion Fauzjhiaxians are free to do what they want with their own bodies, and vote for whomever they like in elections; if they go into business, however, they are regulated to within an inch of their lives.

The large, liberal, socially-minded, outspoken government juggles the competing demands of Administration, Education, and Environment. It meets to discuss matters of state in the capital city of Taxia. The income tax rate is 100%.

The frighteningly efficient Fauzjhiaxian economy, worth a remarkable 1,712 trillion Fauzjhiauxes a year, is driven entirely by a combination of government and state-owned industry, with private enterprise illegal. The industrial sector, which is quite specialized, is led by the Information Technology industry, with major contributions from Tourism and Book Publishing. Average income is an amazing 276,579 Fauzjhiauxes, and distributed extremely evenly, with practically no difference between the richest and poorest citizens.

The new 'Things We Stole From Other Countries' exhibition at the National Museum of Antiquities is a hit, doctors ask for written consent before making eye contact with patients, vital intelligence-gathering activities are often put on hold for Call of Honor tournaments, and Taxelia Darklight can often be found attempting to coax random citizens' cats down from trees. Crime is totally unknown. Fauzjhiax's national animal is the Wolf, which frolics freely in the nation's many lush forests, and its national religion is Communism.

Fauzjhiax is ranked 724th in the world and 44th in The North Pacific for Most Beautiful Environments, with 5,119.57 pounds of wildlife per square mile.