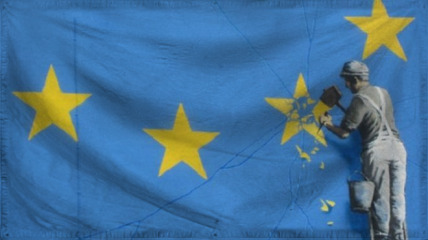 The Tiny Village of Fartsniffage is a gargantuan, cultured nation, ruled by Sir Digby Chicken Caeser with a fair hand, and renowned for its national health service, smutty television, and ubiquitous missile silos. The hard-nosed, democratic, humorless population of 34.387 billion Fartsniffageans are free to do what they want with their own bodies, and vote for whomever they like in elections; if they go into business, however, they are regulated to within an inch of their lives.

The medium-sized, corrupt, outspoken government prioritizes Law & Order, although Healthcare, Defense, and Education are also considered important, while Spirituality is ignored. It meets to discuss matters of state in the capital city of Bishops Itchington. The average income tax rate is 93.4%, and even higher for the wealthy.

The Fartsniffagean economy, worth a remarkable 6,939 trillion Wombats a year, is driven entirely by a combination of government and state-owned industry, with private enterprise illegal. The industrial sector, which is broadly diversified, is led by the Information Technology industry, with significant contributions from Arms Manufacturing, Uranium Mining, and Book Publishing. Average income is an amazing 201,806 Wombats, and distributed extremely evenly, with practically no difference between the richest and poorest citizens.

The government mails weekly updates on the new anti-junk mail laws to every citizen, when electric cars arrived nobody heard them coming, the government is often referred to as "the biggest drug dealer in the nation", and quiet professionalism has returned to the nation's armed forces. Crime, especially youth-related, is totally unknown, thanks to a very well-funded police force and progressive social policies in education and welfare. Fartsniffage's national animal is the Aardvark, which teeters on the brink of extinction due to widespread deforestation, and its national religion is Prince Philip Movementism.

Fartsniffage is ranked 37,206th in the world and 68th in Forest for Largest Retail Industry, scoring 5,278.33 on the Shrinkwrap Consignment Productivity Index.