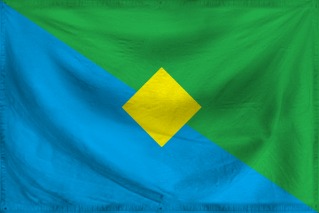 The Equal Republic of Fairbur is a gargantuan, environmentally stunning nation, ruled by Supreme Chancellor Samuel with a fair hand, and remarkable for its infamous sell-swords, national health service, and irreverence towards religion. The compassionate, democratic, cheerful population of 13.851 billion SJWs love a good election, and the government gives them plenty of them. Universities tend to be full of students debating the merits of various civil and political rights, while businesses are tightly regulated and the wealthy viewed with suspicion.

The enormous government juggles the competing demands of Education, Environment, and Healthcare. It meets to discuss matters of state in the capital city of Samopolis. The average income tax rate is 98.1%.

The frighteningly efficient Fairburian economy, worth a remarkable 2,503 trillion Djoungoes a year, is driven entirely by a combination of government and state-owned industry, with private enterprise illegal. The industrial sector, which is quite specialized, is led by the Tourism industry, with significant contributions from Information Technology, Book Publishing, and Cheese Exports. Average income is an impressive 180,769 Djoungoes, and distributed extremely evenly, with little difference between the richest and poorest citizens.

Supreme Chancellor Samuel spends weekends doing the laundry of foreign leaders, young girls aren't having a ball but they are enjoying themselves, the comic book series 'Supreme Chancellor Samuel and the Villainous Corporate Cronies' is a best-seller, and government officials sit helplessly as they are labelled 'Pompous Womples' by celebrities. Crime is totally unknown, thanks to a capable police force and progressive social policies in education and welfare. Fairbur's national animal is the Pepe, which frolics freely in the nation's many lush forests.

Fairbur is ranked 109,469th in the world and 14th in Regionless for Largest Gambling Industry, scoring 1,301.95 on the Kelly Criterion Productivity Index.