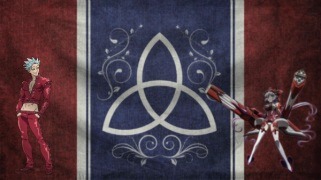 The Filuv Lokoltei of Faal Lot Himdah is a gargantuan, environmentally stunning nation, ruled by Ulokuun Eylok with a fair hand, and notable for its multi-spousal wedding ceremonies, parental licensing program, and compulsory military service. The compassionate, democratic, cheerful, devout population of 14.665 billion Diistaak love a good election, and the government gives them plenty of them. Universities tend to be full of students debating the merits of various civil and political rights, while businesses are tightly regulated and the wealthy viewed with suspicion.

The large, socially-minded government juggles the competing demands of Law & Order, Education, and Administration. It meets to discuss matters of state in the capital city of Yostrahhiim. The average income tax rate is 96.1%.

The frighteningly efficient Diistaak economy, worth a remarkable 1,795 trillion Yuvons a year, is driven almost entirely by government activity. The industrial sector is mostly comprised of enterprising ten-year-olds selling lemonade on the sidewalk, although the government is looking at stamping this out. Average income is an impressive 122,404 Yuvons, and distributed extremely evenly, with practically no difference between the richest and poorest citizens.

Tours to see the 'wild men of the mountains' are popular with tourists from the big cities, telling someone to 'break a leg' is considered a criminal inducement to self harm, beating enemies to death with a baseball bat is legal if done within nine innings, and you're never too young to learn how to lie with confidence. Crime, especially youth-related, is totally unknown, thanks to the all-pervasive police force and progressive social policies in education and welfare. Faal Lot Himdah's national animal is the Lotdovah, which frolics freely in the nation's many lush forests, and its national religion is Vahzah Rah.

Faal Lot Himdah is ranked 231,617th in the world and 2nd in Tanabiku Galaxy for Highest Disposable Incomes, with 4,773.76 Standard Monetary Units.