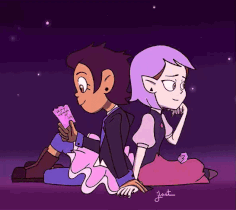 The Loving Couple of F4n 4rt is a massive, pleasant nation, ruled by Bump with an even hand, and renowned for its state-planned economy, unlimited-speed roads, and frequent executions. The hard-nosed, hard-working, democratic, devout population of 1.307 billion F4n 4rtians have some civil rights, but not too many, enjoy the freedom to spend their money however they like, to a point, and take part in free and open elections, although not too often.

The medium-sized government juggles the competing demands of Defense, Law & Order, and Education. It meets to discuss matters of state in the capital city of Hexside. The average income tax rate is 31.3%.

The F4n 4rtian economy, worth 77.6 trillion snails a year, is driven entirely by a combination of government and state-owned industry, with private enterprise illegal. However, for those in the know, there is a slick, highly efficient, fairly diversified black market in Arms Manufacturing, Automobile Manufacturing, Beef-Based Agriculture, and Basket Weaving. The private sector mostly consists of enterprising ten-year-olds selling lemonade on the sidewalk, but the government is looking at stamping this out. Average income is 59,404 snails, and evenly distributed, with the richest citizens earning only 3.1 times as much as the poorest.

Foreign envoys that want to visit F4n 4rt now have to navigate real minefields in addition to the political ones, vile black smog from coal power plants has enveloped several major urban centres, murderers frequently escape punishment by claiming they were protecting their honour, and elevator music has been replaced by thrash metal played at maximum volume. Crime, especially youth-related, is totally unknown, thanks to a capable police force and progressive social policies in education and welfare. F4n 4rt's national animal is the owl, which teeters on the brink of extinction due to toxic air pollution, and its national religion is Cards.