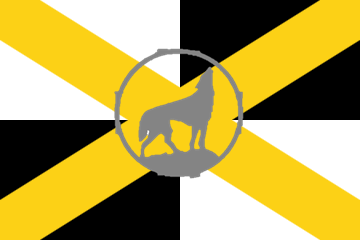 The Great Confederation of Everhall is a gargantuan, socially progressive nation, ruled by King Kronalon Rimus with a fair hand, and renowned for its sprawling nuclear power plants, complete lack of prisons, and devotion to social welfare. The compassionate, democratic population of 12.409 billion Everhalleans hold their civil and political rights very dear, although the wealthy and those in business tend to be viewed with suspicion.

The enormous government prioritizes Education, with Healthcare, Welfare, and Industry also on the agenda. It meets to discuss matters of state in the capital city of Argindus. The average income tax rate is 96.3%.

The frighteningly efficient Everhallean economy, worth a remarkable 1,887 trillion Argents a year, is quite specialized and led by the Information Technology industry, with major contributions from Tourism and Book Publishing. State-owned companies are common. Average income is an impressive 152,134 Argents, and distributed extremely evenly, with little difference between the richest and poorest citizens.

Lifeguards are more concerned with watching for sharks than struggling swimmers, civil servants are no longer allowed to cross their t's, a suspicious number of male students have joined the Ladies' Wrestling League, and exorbitant spending on icebreakers breaks the ice at every budget meeting. Crime is totally unknown, thanks to a well-funded police force and progressive social policies in education and welfare. Everhall's national animal is the Wolf, which frolics freely in the nation's many lush forests, and its national religion is Arginian Paganism.

Everhall is ranked 200,641st in the world and 146th in Confederacy of Allied States for Largest Automobile Manufacturing Sector, scoring -14.7 on the Henry Ford Productivity Index.