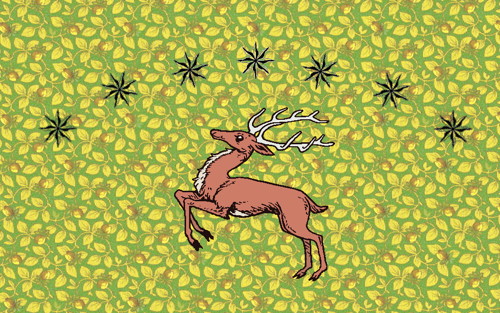 The Kingdom of Evael is a gargantuan, safe nation, ruled by King Aranath with an even hand, and remarkable for its sprawling nuclear power plants, hatred of cheese, and restrictive gun laws. The compassionate population of 17.321 billion Elves are fiercely patriotic and enjoy great social equality; they tend to view other, more capitalist countries as somewhat immoral and corrupt.

The large government juggles the competing demands of Environment, Education, and Welfare. It meets to discuss matters of state in the capital city of Elshavel. The average income tax rate is 62.1%, and even higher for the wealthy.

The large but underdeveloped Elvish economy, worth 548 trillion pennies a year, is driven almost entirely by government activity. The industrial sector is mostly comprised of enterprising ten-year-olds selling lemonade on the sidewalk, although the government is looking at stamping this out. Average income is 31,694 pennies, and distributed extremely evenly, with little difference between the richest and poorest citizens.

Veterans are directed into environmental cleanup operations, King Aranath's mistress is the belle at many state balls, murderers frequently escape punishment by claiming they were protecting their honour, and builders spend more time negotiating "tasteful architecture" than on actual construction. Crime is totally unknown, thanks to a well-funded police force and progressive social policies in education and welfare. Evael's national animal is the hind, which frolics freely in the nation's many lush forests, and its national religion is Siem.

Most Recent Government Activity: 54 days ago