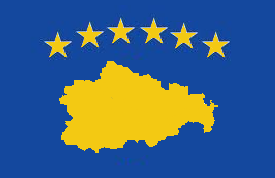 The United Federation of Eura is a gargantuan, genial nation, ruled by Prime Minister Ian Smith with a fair hand, and notable for its museums and concert halls, smutty television, and anti-smoking policies. The compassionate, democratic population of 21.89 billion Eurans enjoy a sensible mix of personal and economic freedoms, while the political process is open and the people's right to vote held sacrosanct.

It is difficult to tell where the omnipresent government stops and the rest of society begins, but it juggles the competing demands of Healthcare, Education, and Environment. It meets to discuss matters of state in the capital city of Bastion. The average income tax rate is 92.2%, and even higher for the wealthy.

The powerhouse Euran economy, worth a remarkable 1,657 trillion Euran Pounds a year, is driven almost entirely by government activity. The industrial sector is solely comprised of the Tourism industry. Average income is 75,719 Euran Pounds, and distributed extremely evenly, with little difference between the richest and poorest citizens.

The government mails weekly updates on the new anti-junk mail laws to every citizen, pop sensation "Jack and the Holograms" is storming the charts, foreign musicians that Prime Minister Ian Smith dislikes are turned away at the border, and passwords to nuclear codes must now contain upper and lower case characters. Crime, especially youth-related, is totally unknown, thanks to the all-pervasive police force and progressive social policies in education and welfare. Eura's national animal is the Falcon, which soars majestically through the nation's famously clear skies.

Eura is ranked 14,437th in the world and 20th in Rushmore for Largest Welfare Programs, scoring 3,991.57 on the Safety Net Mesh Density Rating.