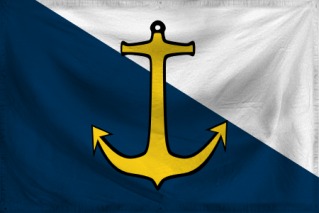 The Free Federation of Escapitania is a colossal, efficient nation, ruled by President-Prime Minister with an even hand, and renowned for its anti-smoking policies, keen interest in outer space, and irreverence towards religion. The compassionate, cheerful population of 8.859 billion Escapitanians are fiercely patriotic and enjoy great social equality; they tend to view other, more capitalist countries as somewhat immoral and corrupt.

The large, socially-minded government juggles the competing demands of Administration, Education, and Healthcare. It meets to discuss matters of state in the capital city of Freedomia Capital City. The average income tax rate is 96.2%.

The frighteningly efficient Escapitanian economy, worth a remarkable 1,633 trillion marks a year, is quite specialized and mostly made up of the Information Technology industry, with significant contributions from Book Publishing and Tourism. State-owned companies are common. Average income is an impressive 184,424 marks, and distributed extremely evenly, with little difference between the richest and poorest citizens.

Welfare funding has recently gone through the roof, diplomatic missions typically end with a flurry of childish insults, accusations and phlegm, getting an autograph has become harder than ever, and artists are pillars of society. Crime, especially youth-related, is totally unknown, thanks to a capable police force and progressive social policies in education and welfare. Escapitania's national animal is the Bald eagle, which soars majestically through the nation's famously clear skies.

Escapitania is ranked 2,112th in the world and 37th in the West Pacific for Smartest Citizens, with 179.46 quips per hour.