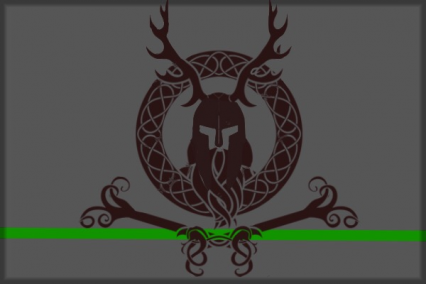 The Kingdom of
Erlkonig
Compulsory Consumerist State
As above, so below. As within, so without.
Influence
Apprentice
Region
Caer Sidi
Civil Rights
Very Good
Economy
Strong
Political Freedom
Rare

The Kingdom of Erlkonig is a gargantuan, orderly nation, ruled by The Erlking with an iron fist, and renowned for its ritual sacrifices, public floggings, and frequent executions. The hard-nosed, hard-working, cynical, devout population of 10.51 billion Erls are rabid consumers, partly through choice and partly because the government tells them to and dissenters tend to vanish from their homes at night.

The minute, pro-business, well-organized government, or what there is of one, juggles the competing demands of Education, Defense, and Law & Order. Citizens pay a flat income tax of 5.8%.

The strong Erlkonian economy, worth 574 trillion Leaveses a year, is driven almost entirely by the private sector, which is fairly diversified and led by the Tourism industry, with major contributions from Soda Sales, Gambling, and Retail. Average income is 54,689 Leaveses, but there is a large disparity between incomes, with the richest 10% of citizens earning 276,281 per year while the poor average 6,024, a ratio of 45.9 to 1.

Nude art is becoming wildly popular, the Foreign Ministry thinks an eye for an eye is a blindingly good idea, extraordinary rendition is nothing out of the ordinary, and a girl's success in life is often linked to her performance in beauty pageants. Crime, especially youth-related, is a major problem, with the police force struggling against a lack of funding and a high mortality rate. Erlkonig's national animal is the Wolfhound.