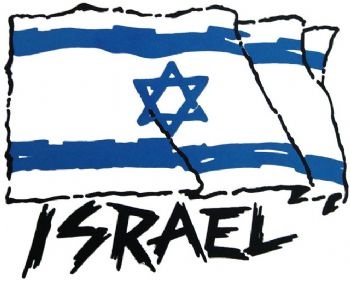 The Walled Cities of EretzIsrael is a gargantuan, efficient nation, ruled by Benjamin Satanyahu with an even hand, and notable for its rum-swilling pirates, free-roaming dinosaurs, and flagrant waste-dumping. The hard-nosed, hard-working, humorless population of 21.376 billion EretzIsraelians are either ruled by a sleek, efficient government or a conglomerate of multinational corporations; it's difficult to tell which.

The minute, corrupt, pro-business government, or what there is of one, prioritizes Industry, although Defense is also considered important, while Environment and Welfare receive no funds. It meets to discuss matters of state in the capital city of יְרוּשָׁלַיִם. Income tax is unheard of.

The frighteningly efficient EretzIsraelian economy, worth an astonishing 16,913 trillion שקלs a year, is driven almost entirely by the private sector, which is broadly diversified and led by the Retail industry, with major contributions from Gambling, Information Technology, and Uranium Mining. Average income is a breathtaking 791,244 שקלs, but there is a vast disparity between incomes, with the richest 10% of citizens earning 7,380,910 per year while the poor average 7,502, a ratio of 983 to 1.

Benjamin Satanyahu's speeches are beloved by insomniacs, nervous homeowners have been blamed for rising death rates amongst carol singers and locksmiths, scientists are researching the best way to kill off humanity to prevent catastrophic war, and personal injury lawyers are demanding compensation from the government after recent reductions in manufacturer liability. Crime is so common that it is unusual to encounter someone following the law, perhaps because of the country's complete lack of prisons. EretzIsrael's national animal is the gazelle, which is also the nation's favorite main course, and its national religion is Satanism.

EretzIsrael is ranked 44th in the world and 3rd in The North Pacific for Most Armed, with 94.24 weapons per person.