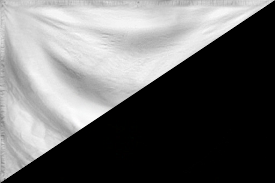 The Classless Free Land of Equa Lib is a gargantuan, safe nation, notable for its complete lack of prisons, free-roaming dinosaurs, and punitive income tax rates. The compassionate, democratic, cheerful population of 10.226 billion Equa Libians hold their civil and political rights very dear, although the wealthy and those in business tend to be viewed with suspicion.

The large, liberal, outspoken government prioritizes Education, with Environment, Industry, and Welfare also on the agenda, while Defense and Spirituality aren't funded at all. The income tax rate is 100%.

The frighteningly efficient Equa Libian economy, worth a remarkable 3,218 trillion Troes a year, is driven entirely by a combination of government and state-owned industry, with private enterprise illegal. The industrial sector, which is quite specialized, is dominated by the Information Technology industry, with significant contributions from Book Publishing and Tourism. Average income is an amazing 314,770 Troes, and distributed extremely evenly, with little difference between the richest and poorest citizens.

Families waiting for delayed pipe installations hope daily for rain, buses are widely regarded as the safest way to travel, the wreckages of bombed planes that litter Equa Lib are highly popular tourist destinations, and pausing for applause during a speech is seen as a form of censorship. Crime is totally unknown. Equa Lib's national animal is the Dog, which frolics freely in the nation's many lush forests.

Equa Lib is ranked 9,719th in the world and 18th in Anarchy for Nudest, with 221 Cheeks Per Square Mile.