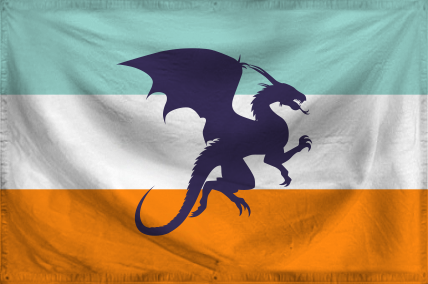 The United Nations of Eppur is a massive, environmentally stunning nation, ruled by Ismail Enes Kamburoglu with a fair hand, and remarkable for its museums and concert halls, vat-grown people, and punitive income tax rates. The compassionate, hard-working, democratic population of 2.663 billion Eppurians enjoy extensive civil freedoms, particularly in social issues, while business tends to be more regulated.

The medium-sized, liberal government juggles the competing demands of Education, Administration, and Industry. It meets to discuss matters of state in the capital city of Istanbul. The average income tax rate is 57.9%, and even higher for the wealthy.

The frighteningly efficient Eppurian economy, worth 466 trillion Lire a year, is led by the Information Technology industry, with major contributions from Tourism, Arms Manufacturing, and Retail. Average income is an impressive 175,148 Lire, and evenly distributed, with the richest citizens earning only 2.3 times as much as the poorest.

The national security service are a bunch of crooks, films are funded in accordance with the volume of tears shed when reading the screenplay, rebuilding efforts for a recently destroyed cathedral aren't expected to be completed for another century, and foreign 'investors' have been taking a great interest in the new secret shuttle. Crime is totally unknown. Eppur's national animal is the Dragon, which soars majestically through the nation's famously clear skies.

Eppur is ranked 171,077th in the world and 1,066th in Europe for Largest Welfare Programs, scoring 358.26 on the Safety Net Mesh Density Rating.