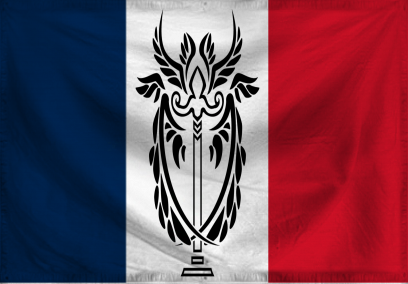 The Community of
Eoliria
Democratic Socialists
By our sweat, our tears and our blood we shall prevail
Influence
Shoeshiner
Region
Europe
Civil Rights
Very Good
Economy
Frightening
Political Freedom
Excellent

The Community of Eoliria is a massive, cultured nation, ruled by Zephir Mortevouivre with an even hand, and renowned for its parental licensing program, irreverence towards religion, and stringent health and safety legislation. The compassionate, democratic, cheerful population of 2.014 billion Eolirians are fiercely patriotic and enjoy great social equality; they tend to view other, more capitalist countries as somewhat immoral and corrupt.

The large, socially-minded government juggles the competing demands of Education, Administration, and Healthcare. It meets to discuss matters of state in the capital city of Dragonia. The average income tax rate is 95.8%.

The frighteningly efficient Eolirian economy, worth 351 trillion Astars a year, is driven entirely by a combination of government and state-owned industry, with private enterprise illegal. The industrial sector, which is quite specialized, is led by the Information Technology industry, with significant contributions from Tourism, Book Publishing, and Beef-Based Agriculture. Average income is an impressive 174,754 Astars, and distributed extremely evenly, with practically no difference between the richest and poorest citizens.

The nation's democracy attracts huddled masses yearning to breathe free, prenuptial contracts have replaced diamond rings in marriage proposals, major cities shut down as their local sports team takes to the field every day, and parents seeking custody have to write a five-thousand word analysis of their child's imaginary friend. Crime, especially youth-related, is totally unknown, thanks to a capable police force and progressive social policies in education and welfare. Eoliria's national animal is the Dragon, which soars majestically through the nation's famously clear skies.

Eoliria is ranked 5,280th in the world and 84th in Europe for Most Advanced Public Education, scoring 14,492.22 on the Edu-tellignce® Test Score.