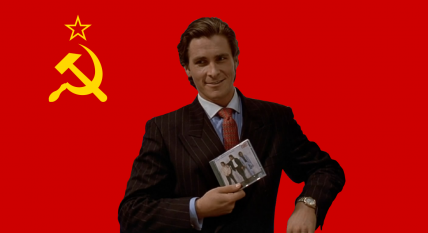 The Virtuous and Based Republic of Eodor is a gargantuan, safe nation, ruled by Great Leader with an even hand, and notable for its free-roaming dinosaurs, punitive income tax rates, and stringent health and safety legislation. The compassionate population of 14.325 billion Eodorians are fiercely patriotic and enjoy great social equality; they tend to view other, more capitalist countries as somewhat immoral and corrupt.

The enormous, socially-minded government juggles the competing demands of Education, Administration, and Environment. It meets to discuss matters of state in the capital city of Solo Nobre. The average income tax rate is 99.6%.

The frighteningly efficient Eodorian economy, worth a remarkable 2,739 trillion Roubles a year, is driven entirely by a combination of government and state-owned industry, with private enterprise illegal. The industrial sector, which is highly specialized, is mostly made up of the Information Technology industry, with significant contributions from Book Publishing. Average income is an impressive 191,268 Roubles, and distributed extremely evenly, with practically no difference between the richest and poorest citizens.

The nation's universities are often mistaken for foreign embassies, Great Leader has been nicknamed 'Robomop', Great Leader is strangely popular with male politicians' wives, and the minority inevitably have their addenda vetoed. Crime, especially youth-related, is totally unknown, thanks to a capable police force and progressive social policies in education and welfare. Eodor's national animal is the F7 User, which frolics freely in the nation's many lush forests, and its national religion is Correct Geopolitical Analysis.

Eodor is ranked 1,369th in the world and 41st in the Rejected Realms for Most Beautiful Environments, with 4,025.68 pounds of wildlife per square mile.