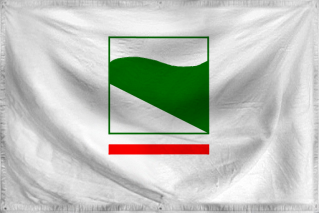 The Federation of Emilia Romagna is a gargantuan, socially progressive nation, ruled by Vasco Errani with an even hand, and remarkable for its daily referendums, state-planned economy, and stringent health and safety legislation. The quiet, industrious population of 21.36 billion Emiliano-Romagnoloes enjoy extensive civil rights and enjoy a level of social equality free from the usual accompanying government corruption.

It is difficult to tell where the omnipresent, liberal, socially-minded government stops and the rest of society begins, but it juggles the competing demands of Environment, Education, and Social Policy. It meets to discuss matters of state in the capital city of Bologna. The average income tax rate is 81.0%, and even higher for the wealthy.

The large but stagnant Emiliano-Romagnolo economy, worth 169 trillion lire a year, is driven almost entirely by government activity, with private enterprise illegal. However, for those in the know, there is a slick, highly efficient, extremely specialized black market in Beef-Based Agriculture. The private sector mostly consists of enterprising ten-year-olds selling lemonade on the sidewalk, but the government is looking at stamping this out. State-owned companies are the norm. Average income is 7,950 lire, and distributed extremely evenly, with practically no difference between the richest and poorest citizens.

Referenda can be called for any law at the request of at least one third of the voting population, Vasco Errani has just been declared ruler of Emilia Romagna in an international press conference, female newsreaders distract the nation by breastfeeding during broadcast, and Emilia Romagna has designated Bologna as its capital city. Crime is totally unknown, thanks to a very well-funded police force and progressive social policies in education and welfare. Emilia Romagna's national animal is the lion, which frolics freely in the nation's many lush forests, and its national religion is atheism.

Emilia Romagna is ranked 19,895th in the world and 1,380th in The North Pacific for Most World Assembly Endorsements, with zero valid endorsements.