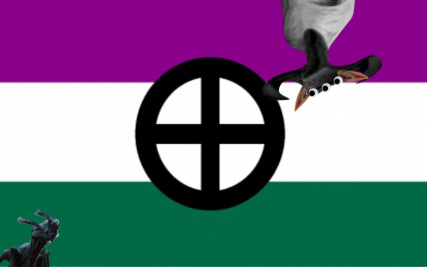 > Varied; warm tropical in south to subarctic in north.

> Metal ores, such as those of iron, copper, nickel, zinc, silver and gold. Foodstuffs like meat, fruits and nuts.

> Of one purpose, but not of one mind. Elves are a humanoid species; remarkable features include pale skin, white/silver hair, and pointed ears. Elves have a rigid caste system of reproductive females and non-reproductive males. Elves also have an acute natural aptitude to magic, and this is also included into the Utilitarian society. Elves can live up to a century-and-a-half.

> Elvish society bears a closer resemblance eusocial insects rather then social mammals. Females, as breeders, take up so much time and resources producing children that they cannot serve any other societal role. That role, however, is so important to the Elvish race that females are regarded as inherently superior to males and are therefore treated like other such work is beneath them.

> Art, entertainment, or pleasure are all endeavors that Elves have little, to no, value for. Creativity and imagination are worthless unless they directly result in progress for the matriarchy. Elves use song and dance only when purposeful and results in direct benefit to the Elfqueens. Elfdances are ritualistic dances; rites to apply magical wards for the protection of Elvish megacities. These wards can be identified by patches of dead plantlife found near to where the dance was performed.

> Elvish architecture is Metabolist: known for being highly modular and easily expandable alongside the rapidly growing elvish population, like a biological organism. All male Elves are given housing in plug-in capsules bolted to large towers with essential accommodations. Female elves and elvish children live in nurseries that assist with breeding and offer more luxuries.

> The most common clothing items of Elfland are airy robes and dresses, usually in earthen colours or white. Naturism is very popular among the Elvish folk, not only as a way to connect with nature but also as an expression of elven perfection. Therefor outdoor nudity is a common sight and more so with females. However in harsh weather or work conditions; males will be given protection as needed.

> Elves are provided with food by the state three times a day. Elves eat a prefabricated briquette made of meat, rye, granulated potato, dried carrot, beat, and powdered onion; heavily enriched with various minerals, vitamins, fats and bulking agents. Snack foods consists mostly of dried fruits or jerkied meats. To drink, Elves will mainly have purified water, but are also known to drink breast milk milked from females while in nursery.

> Elvish culture has no taboos. All innovation is judged based on its merits and implemented or discarded. Aside from steadfast zeal towards their Queens, Elvish culture has vague beliefs in some divine creator; most likely the sun, known as the Elfrodor.

> Elfland has mandatory military service for all able-bodied male Elves. Women do not have to serve.

Two Elves at a 'reckoner' in a holy grove.

The 'Youngbourne', a spring of water with the property of restoring youth and health to those who drink from it.

An Elven nursery, one of many.

The Greater Riche of Elfland