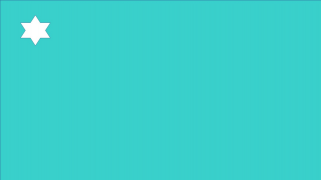 The Republic of Eitoan is a colossal, efficient nation, remarkable for its frequent executions, daily referendums, and absence of drug laws. The hard-nosed, hard-working, democratic population of 9.488 billion Eitoans are effectively ruled by a group of massive corporations, who run for political office and provide their well-off citizens with world-class goods and services. Their poorer citizens, however, are mostly starving to death while being urged to go out and get real jobs. The populace has reasonably extensive civil rights, although these are mostly aimed at allowing them to buy whatever they like.

The tiny, pro-business government is primarily concerned with Defense, although Industry and Administration are also considered important, while Environment and Spirituality receive no funds. Citizens pay a flat income tax of 3.7%.

The frighteningly efficient Eitoanian economy, worth a remarkable 1,296 trillion Quadas a year, is driven almost entirely by the private sector, which is broadly diversified and led by the Arms Manufacturing industry, with major contributions from Retail, Information Technology, and Gambling. Average income is an impressive 136,600 Quadas, but there is a large disparity between incomes, with the richest 10% of citizens earning 709,516 per year while the poor average 14,226, a ratio of 49.9 to 1.

A bureaucratic fight over EIA cafeteria food expenditures has caused the temporary suspension of all agency counterintelligence operations, referenda are held for every conceivable government action, ice-filled coffins are ominously positioned in the corner of every hospital ward, and prison reforms have replaced communal luaus with communal loos. Crime, especially youth-related, is pervasive, with the police force struggling against a lack of funding and a high mortality rate. Eitoan's national animal is the Eitoan Tiger, which teeters on the brink of extinction due to widespread deforestation, and its national religion is No official religion.

Eitoan is ranked 268,616th in the world and 60th in Greater Dienstad for Most Beautiful Environments, with 3.08 pounds of wildlife per square mile.