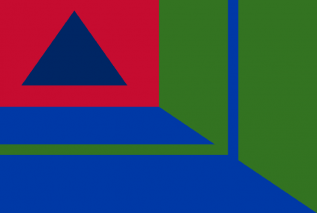 The Republic of Eglium is a colossal, environmentally stunning nation, ruled by Lord Turtlepants the Wise and Witty with an iron fist, and remarkable for its keen interest in outer space, free-roaming dinosaurs, and punitive income tax rates. The compassionate, cynical, devout population of 5.504 billion Eglians are kept under strict control by the oppressive government, which measures its success by the nation's GDP and refers to individual citizens as "human resources."

The medium-sized, corrupt government juggles the competing demands of Administration, Law & Order, and Industry. It meets to discuss matters of state in the capital city of Turtleburg. The average income tax rate is 67.9%, and even higher for the wealthy.

The frighteningly efficient Eglish economy, worth 752 trillion Turtlebucks a year, is broadly diversified and led by the Tourism industry, with major contributions from Information Technology, Trout Farming, and Book Publishing. State-owned companies are reasonably common. Average income is an impressive 136,732 Turtlebucks, and evenly distributed, with the richest citizens earning only 2.7 times as much as the poorest.

Tax assessment offices double as polling stations, kids are arrested at gunpoint for playing with toy rifles, the nation is currently revamping its entire education system, and tourists call Eglish beach towns "the fine coastline". Crime, especially youth-related, is totally unknown, thanks to a well-funded police force and progressive social policies in education and welfare. Eglium's national animal is the Turtle, which frolics freely in the nation's sparkling oceans, and its national religion is Turtlism.

Eglium is ranked 42,913th in the world and 1st in South Eastern Gimberland for Most Authoritarian, with 1,138.22 milliStalins.