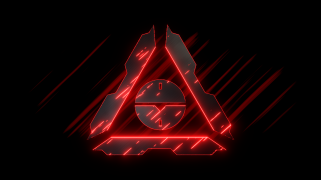 The Galactic Empire of Eclius is a gargantuan, environmentally stunning nation, ruled by Augustus System with a fair hand, and notable for its museums and concert halls, otherworldly petting zoo, and smutty television. The hard-nosed, hard-working, democratic, humorless population of 14.331 billion Eclisians enjoy a sensible mix of personal and economic freedoms, while the political process is open and the people's right to vote held sacrosanct.

The large government prioritizes Education, although Healthcare, Industry, and Defense are also considered important, while Spirituality and International Aid are ignored. It meets to discuss matters of state in the capital city of Tchinomy. The average income tax rate is 96.3%.

The frighteningly efficient Eclisian economy, worth a remarkable 2,991 trillion Electronic Denarii a year, is broadly diversified and mostly made up of the Information Technology industry, with significant contributions from Tourism and Arms Manufacturing. State-owned companies are reasonably common. Average income is an amazing 208,756 Electronic Denarii, and distributed extremely evenly, with little difference between the richest and poorest citizens.

The red star of communism has been replaced by the gold star of the McRonald's badge, the government's giant servers are often used as a tourist trap, it's considered bigoted to assume that a violent psychopath might be dangerous, and every day has been a surprise since weather reporters turned to consulting ancient totems for their seven-day forecasts. Crime is totally unknown, thanks to a capable police force and progressive social policies in education and welfare. Eclius's national animal is the Aquila, which frolics freely in the nation's many lush forests, and its national religion is Mandatory Atheism.

Eclius is ranked 206,067th in the world and 208th in Confederation of Corrupt Dictators for Greatest Rich-Poor Divides, with 1.87 Rich To Poor Income Ratio.