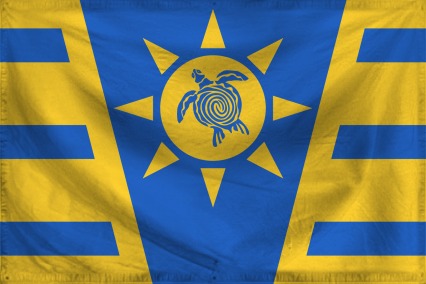 The Turtle Isles of Eastern New England is a massive, genial nation, ruled by Nicholas with a fair hand, and renowned for its ban on automobiles, lack of airports, and devotion to social welfare. The compassionate, democratic, devout population of 4.787 billion New Englishmen love a good election, and the government gives them plenty of them. Universities tend to be full of students debating the merits of various civil and political rights, while businesses are tightly regulated and the wealthy viewed with suspicion.

The enormous, socially-minded government juggles the competing demands of Education, Administration, and Healthcare. It meets to discuss matters of state in the capital city of Boston. The average income tax rate is 96.4%.

The frighteningly efficient New English economy, worth 644 trillion dollars a year, is driven entirely by a combination of government and state-owned industry, with private enterprise illegal. The industrial sector, which is highly specialized, is mostly made up of the Information Technology industry, with significant contributions from Book Publishing and Tourism. Average income is an impressive 134,594 dollars, and distributed extremely evenly, with practically no difference between the richest and poorest citizens.

There is a dearth of space for new houses, funeral directors are frequently looking at their watches during funerals, citizens are exhausted from weekly general elections, and children aren't allowed to chew their pencils until they get home from school. Crime, especially youth-related, is totally unknown, thanks to a very well-funded police force and progressive social policies in education and welfare. Eastern New England's national animal is the turtle, which frolics freely in the nation's sparkling oceans, and its national religion is Lutheranism.