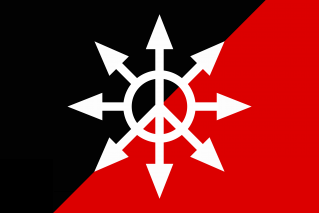 The Ⓐnarchist ★ C☮mmune ⚑ of East Angria is a gargantuan, efficient nation, ruled by People with a fair hand, and notable for its deadly medical pandemics, absence of drug laws, and devotion to social welfare. The compassionate, hard-working, democratic, cheerful population of 11.237 billion Sassons hold their civil and political rights very dear, although the wealthy and those in business tend to be viewed with suspicion.

The large, liberal, outspoken government juggles the competing demands of Education, Administration, and Environment. It meets to discuss matters of state in the capital city of Rūrstat. The income tax rate is 100%.

The frighteningly efficient Sasson economy, worth a remarkable 3,410 trillion spliffs a year, is driven entirely by a combination of government and state-owned industry, with private enterprise illegal. The industrial sector is led by the Information Technology industry, with major contributions from Tourism, Book Publishing, and Soda Sales. Average income is an amazing 303,480 spliffs, and distributed extremely evenly, with little difference between the richest and poorest citizens.

It is not politically correct to suspect that a serially convicted burglar might steal again, kindergartners' favourite dance move is the stop-drop-and-roll, traumatised refugees have a full bedpan shoved into their hands along with their immigration papers, and some paycheques only arrive every 12 to 24 weeks. Crime, especially youth-related, is a problem, perhaps because of the country's complete lack of prisons. East Angria's national animal is the jackdaw, which frolics freely in the nation's many lush forests, and its national religion is individual spirituality.

East Angria is ranked 129th in the world and 2nd in Anarchy for Most Rebellious Youth, scoring 291 on the Stark-Dean Displacement Index.