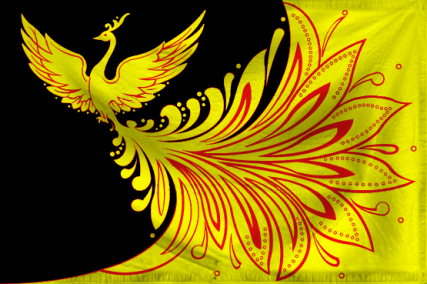 The Federal Social Republic of Drennicka is a massive, genial nation, ruled by Federal Executive Policy Council with a fair hand, and renowned for its pith helmet sales, ubiquitous missile silos, and free-roaming dinosaurs. The compassionate, democratic population of 3.879 billion Drenns are free to do what they want with their own bodies, and vote for whomever they like in elections; if they go into business, however, they are regulated to within an inch of their lives.

The enormous, liberal government juggles the competing demands of Education, Administration, and Healthcare. It meets to discuss matters of state in the capital city of Banvitus. The average income tax rate is 97.1%.

The frighteningly efficient Drennish economy, worth 577 trillion Links a year, is driven entirely by a combination of government and state-owned industry, with private enterprise illegal. The industrial sector, which is quite specialized, is mostly made up of the Information Technology industry, with significant contributions from Book Publishing and Arms Manufacturing. Average income is an impressive 148,755 Links, and distributed extremely evenly, with practically no difference between the richest and poorest citizens.

Museums stand half-empty as all foreign exhibits are returned to their countries of origin, foreign leaders' Twitcher accounts are monitored for potential threats to national security, popular cartoon characters frequently appear in government-sponsored PSAs reminding students to say no to drugs, and billions of Links are being blown on orbital weapons development. Crime is totally unknown. Drennicka's national animal is the Sea lion, which frolics freely in the nation's sparkling oceans.

Drennicka is ranked 112,943rd in the world and 62nd in The Social Liberal Union for Most Patriotic, with 12.97 flags saluted per person per day.

Free of Russia, and