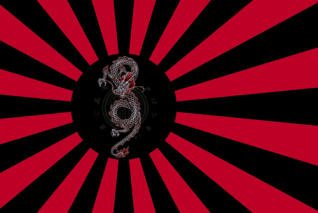 The Grand Dominion of Drakonian Imperium is a gargantuan, efficient nation, ruled by Praetor Augustus Drake with a fair hand, and notable for its rampant corporate plagiarism, sprawling nuclear power plants, and flagrant waste-dumping. The hard-nosed, hard-working, democratic, humorless, devout population of 29.141 billion Drakonians live in a state of perpetual fear, as a complete breakdown of social order has led to the rise of order through biker gangs.

The minute, corrupt, liberal, pro-business, outspoken government, or what there is of one, is primarily concerned with Defense, with Industry and Education also on the agenda, while Social Policy and Welfare are ignored. It meets to discuss matters of state in the capital city of Drako Throne. Income tax is unheard of.

The frighteningly efficient Drakonian Imperiumian economy, worth an astonishing 12,422 trillion Drakonian Sovereigns a year, is driven almost entirely by the private sector, which is broadly diversified and led by the Information Technology industry, with significant contributions from Book Publishing, Arms Manufacturing, and Retail. Average income is an amazing 426,294 Drakonian Sovereigns, and evenly distributed, with the richest citizens earning only 2.8 times as much as the poorest.

Major polluting industries have painted a lot of their machines green to give an impression of caring about the environment, Drakonians are regularly fired for looking at MyFace during their lunch breaks, politicians tend to jump ship to whichever party is currently leading in the polls, and hit and run driving is no longer a crime - it's the national sport. Crime, especially youth-related, is so common that it is unusual to encounter someone following the law, probably because of the absence of a police force. Drakonian Imperium's national animal is the Dragon, which teeters on the brink of extinction due to toxic air pollution.

Drakonian Imperium is ranked 241,280th in the world and 31st in Gholgoth for Most Advanced Public Transport, scoring -55.23 on the Societal Mobility Rating.