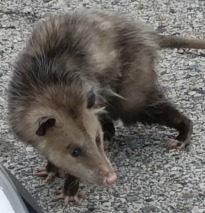 The Borderlands of Drakmah is a gargantuan, efficient nation, ruled by Fearless leader with a fair hand, and renowned for its multi-spousal wedding ceremonies, ubiquitous missile silos, and sprawling nuclear power plants. The hard-nosed, democratic population of 14.276 billion Drakmahans hold their civil and political rights very dear, although the wealthy and those in business tend to be viewed with suspicion.

The large, liberal government juggles the competing demands of Education, Healthcare, and Industry. It meets to discuss matters of state in the capital city of Prothroria. The average income tax rate is 71.1%, and even higher for the wealthy.

The frighteningly efficient Drakmahian economy, worth a remarkable 1,734 trillion Ixians a year, is quite specialized and led by the Information Technology industry, with major contributions from Tourism and Book Publishing. State-owned companies are common. Average income is an impressive 121,485 Ixians, and distributed extremely evenly, with little difference between the richest and poorest citizens.

Scientists are researching the best way to kill off humanity to prevent catastrophic war, death row is annually emptied to feed the nation's hunger for televised murder-games, protestors are soaking piles of Ixians in blood to make a point about government incomes, and the Drakmah Enquirer offers weekly cash prizes for 'most blasphemous song, story, or cartoon'. Crime is totally unknown, thanks to a capable police force and progressive social policies in education and welfare. Drakmah's national animal is the Keshet, which is also the nation's favorite main course.

Drakmah is ranked 22,184th in the world and 1st in Clockwork for Highest Foreign Aid Spending, scoring 1,097.41 on the Clooney Contribution Index.