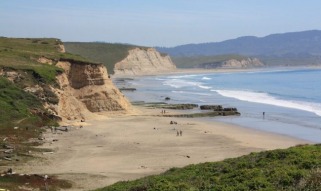 The Environment of Drakes Beach is a gargantuan, efficient nation, ruled by The National Park Service with an even hand, and notable for its free-roaming dinosaurs, absence of drug laws, and devotion to social welfare. The compassionate, cheerful population of 15.486 billion Drakes Beachians have some civil rights, but not too many, enjoy the freedom to spend their money however they like, to a point, and take part in free and open elections, although not too often.

The enormous government juggles the competing demands of Environment, Education, and Healthcare. It meets to discuss matters of state in the capital city of The Bonfire. The income tax rate is 100%.

The frighteningly efficient Drakes Beachian economy, worth a remarkable 2,922 trillion dollars a year, is extremely specialized and mostly made up of the Book Publishing industry, with significant contributions from Tourism. State-owned companies are reasonably common. Average income is an impressive 188,732 dollars, and evenly distributed, with the richest citizens earning only 2.4 times as much as the poorest.

There has been a rapid increase of noise complaints over the sound of buzzing bees, the nation's museums are real penny-pinchers, abortions are routinely performed in the nation's hospitals, and Humpback Whale is one of the most popular forenames in Drakes Beach. Crime is totally unknown, thanks to a capable police force and progressive social policies in education and welfare. Drakes Beach's national animal is the humpback whale, which frolics freely in the nation's sparkling oceans, and its national religion is Paganism.