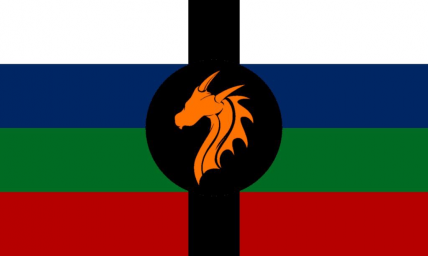 The Republic of DragonBorn Clan is a massive, environmentally stunning nation, notable for its museums and concert halls, multi-spousal wedding ceremonies, and ubiquitous missile silos. The compassionate, democratic population of 2.993 billion DragonBorn Clanians hold their civil and political rights very dear, although the wealthy and those in business tend to be viewed with suspicion.

The large, outspoken government juggles the competing demands of Administration, Defense, and Education. The average income tax rate is 87.0%, and even higher for the wealthy.

The frighteningly efficient DragonBorn Clanian economy, worth 458 trillion dollars a year, is fairly diversified and led by the Tourism industry, with major contributions from Information Technology, Arms Manufacturing, and Book Publishing. State-owned companies are reasonably common. Average income is an impressive 153,032 dollars, and evenly distributed, with the richest citizens earning only 2.7 times as much as the poorest.

Hundreds of thousands of convicts work as slaves in DragonBorn Clan's many privately-owned prisons, truth is often impossible to tell from fiction on the evening news, DragonBorn Clanian scientists are mixing chewing tobacco with bacon flavouring in an attempt to craft the perfect male snack, and children dream of becoming physicians and physicists. Crime, especially youth-related, is totally unknown, thanks to a capable police force and progressive social policies in education and welfare. DragonBorn Clan's national animal is the Dragon, which soars majestically through the nation's famously clear skies.

DragonBorn Clan is ranked 137,951st in the world and 270th in The League for Most Extreme, scoring 19.89 on the Paul-Nader Subjective Decentrality Index.

The Union of Independent States,

The New of Rus Zaionast,