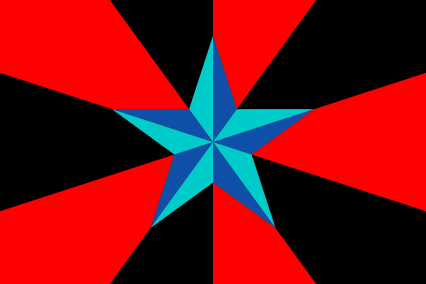 The Cooperative Commonwealth of Dracran Bat is a colossal, genial nation, ruled by Arthur Hughes with an even hand, and notable for its museums and concert halls, hatred of cheese, and devotion to social welfare. The compassionate, democratic population of 8.975 billion Dracran Batians enjoy extensive civil rights and enjoy a level of social equality free from the usual accompanying government corruption.

The enormous, socially-minded government juggles the competing demands of Education, Healthcare, and Administration. It meets to discuss matters of state in the capital city of Neuhal. The average income tax rate is 95.7%.

The powerhouse Dracran Batian economy, worth a remarkable 1,185 trillion dollars a year, is driven entirely by a combination of government and state-owned industry, with private enterprise illegal. The industrial sector, which is highly specialized, is led by the Information Technology industry, with major contributions from Tourism and Book Publishing. Average income is an impressive 132,134 dollars, and distributed extremely evenly, with practically no difference between the richest and poorest citizens.

Skateparks can be found in every city, no one believes anything until it has been strenuously tested and peer-reviewed, high-income earners pay a 100% tax rate, and kids are taught in schools to argue with their parents. Crime, especially youth-related, is totally unknown, thanks to a capable police force and progressive social policies in education and welfare. Dracran Bat's national animal is the dragon, which soars majestically through the nation's famously clear skies.

Dracran Bat is ranked 15,336th in the world and 29th in Democratic Socialist Assembly for Most Income Equality, scoring 84.47 on the Marx-Engels Emancipation Scale.