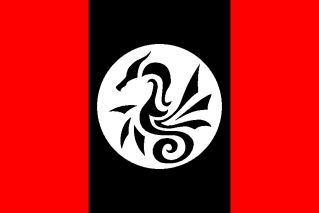 The Triumviritic Republic of Draconae is a gargantuan, genial nation, ruled by Chancellor Nina Tehrani with a fair hand, and notable for its frequent executions, ubiquitous missile silos, and daily referendums. The compassionate, democratic, devout population of 10.916 billion Draconaeans enjoy a sensible mix of personal and economic freedoms, while the political process is open and the people's right to vote held sacrosanct.

The enormous, outspoken government juggles the competing demands of Education, Healthcare, and Environment. It meets to discuss matters of state in the capital city of Tehran. The average income tax rate is 74.4%, and even higher for the wealthy.

The powerhouse Draconaean economy, worth 948 trillion dracons a year, is quite specialized and mostly made up of the Information Technology industry, with significant contributions from Book Publishing, Woodchip Exports, and Retail. State-owned companies are common. Average income is 86,887 dracons, and distributed extremely evenly, with little difference between the richest and poorest citizens.

Internet searches for the inventor of the three-wheeled steam-powered Draconaean weed picker are way up, crackheads chase drug-loaded drones in hopes of a lucky drop, the children of Draconae are often remarked upon for their cheery attitude to extreme violence, and in the Beginning was the Word and the Word was "Pragmatism". Crime is totally unknown, thanks to a well-funded police force and progressive social policies in education and welfare. Draconae's national animal is the dracon snake, which frolics freely in the nation's many lush forests.

Draconae is ranked 193,311th in the world and 8th in Ozymandium for Most Authoritarian, with 319.3 milliStalins.