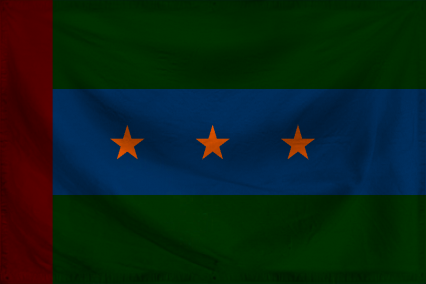 The Holy Holor Empire of Donelant Holorendal is a massive, cultured nation, ruled by Visoraxus Holoratus Starkiller with an even hand, and remarkable for its zero percent divorce rate, otherworldly petting zoo, and parental licensing program. The hard-working, devout population of 1.984 billion Donelant Holorendalians are highly moralistic and fiercely conservative, in the sense that they tend to believe most things should be outlawed. People who have good jobs and work quietly at them are lauded; others are viewed with suspicion.

The relatively small, corrupt government prioritizes Industry, with Defense, Law & Order, and Welfare also on the agenda, while International Aid receives no funds. It meets to discuss matters of state in the capital city of Durmengrad II. The average income tax rate is 10.0%.

The very strong Donelant Holorendalian economy, worth 109 trillion rubledollars a year, is led by the Tourism industry, with significant contributions from Furniture Restoration, Arms Manufacturing, and Information Technology. Black market activity is notable. State-owned companies are reasonably common. Average income is 55,169 rubledollars, and evenly distributed, with the richest citizens earning only 3.1 times as much as the poorest.

Back-alley circumcision clinics are popping up all over the nation, all screens are equal but some are more equal than others, immigrants are required to salute the flag five times a day, and the nationalistic national anthem inspires citizens to literally spit at foreigners. Crime, especially youth-related, is totally unknown, despite the fact that it is difficult to make it through a day without breaking one of the country's many laws. Donelant Holorendal's national animal is the hawk, which soars majestically through the nation's famously clear skies, and its national religion is Violetism.

Donelant Holorendal is ranked 189,564th in the world and 6th in Lorania for Largest Automobile Manufacturing Sector, scoring -6.63 on the Henry Ford Productivity Index.