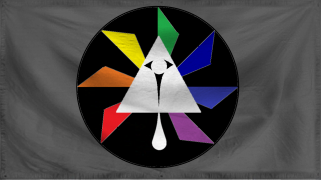 The Technopolis of Domernicus is a gargantuan, cultured nation, renowned for its museums and concert halls, unlimited-speed roads, and zero percent divorce rate. The hard-nosed, hard-working, devout population of 16.628 billion Domernicans have some civil rights, but not too many, enjoy the freedom to spend their money however they like, to a point, and take part in free and open elections, although not too often.

The tiny, corrupt government juggles the competing demands of Education, Industry, and Defense. It meets to discuss matters of state in the capital city of Citadel. Citizens pay a flat income tax of 3.3%.

The frighteningly efficient Domernican economy, worth a remarkable 3,125 trillion Sols a year, is broadly diversified and led by the Automobile Manufacturing industry, with major contributions from Arms Manufacturing, Information Technology, and Uranium Mining. Average income is an impressive 187,958 Sols, but there is an enormous disparity between incomes, with the richest 10% of citizens earning 1,027,320 per year while the poor average 17,580, a ratio of 58.4 to 1.

Citizens living in underground cities have developed a healthy green glow, the government blames all suspicious phenomena on flying saucers, groups of three or more trees are cut down in the name of 'child safety', and one-stop superstores divide and conquer family businesses. Crime is totally unknown. Domernicus's national animal is the Raven, which teeters on the brink of extinction due to toxic air pollution.

Domernicus is ranked 72,129th in the world and 4th in The Nation of Nations and Friends for Most Valuable International Artwork, with 1.2 Bank.