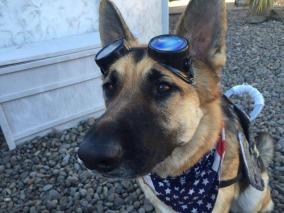 The Commonwealth of Dogmeat is a massive, cultured nation, ruled by Dogmeat with a fair hand, and notable for its free-roaming dinosaurs, irreverence towards religion, and devotion to social welfare. The compassionate, democratic population of 4.869 billion Minutedogs are free to do what they want with their own bodies, and vote for whomever they like in elections; if they go into business, however, they are regulated to within an inch of their lives.

The medium-sized, liberal, outspoken government prioritizes Education, with Administration, Environment, and Healthcare also on the agenda, while Spirituality isn't funded at all. It meets to discuss matters of state in the capital city of Sanctuary. The average income tax rate is 75.4%, and even higher for the wealthy.

The all-consuming Minutedoggy economy, worth 581 trillion Caps a year, is driven entirely by a combination of government and state-owned industry, with private enterprise illegal. The industrial sector, which is fairly diversified, is led by the Information Technology industry, with significant contributions from Tourism, Book Publishing, and Arms Manufacturing. Average income is an impressive 119,516 Caps, and distributed extremely evenly, with little difference between the richest and poorest citizens.

Human tissue is grown in vats as a delicacy as well as for transplants, soylent products are an expensive commodity due to a lack of volunteers, international terrorists often get their weapons supply in Dogmeat, and escalators are avoided at all costs. Crime is totally unknown. Dogmeat's national animal is the Deathclaw, which frolics freely in the nation's many lush forests, and its national religion is Church of Atom.

Dogmeat is ranked 39,928th in the world and 883rd in the Rejected Realms for Most Extreme, scoring 29.23 on the Paul-Nader Subjective Decentrality Index.