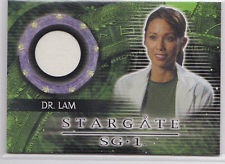 The Most Serene Republic of Doctor Lam is a colossal, genial nation, ruled by General Hank Landry with an even hand, and renowned for its museums and concert halls, daily referendums, and absence of drug laws. The compassionate, democratic population of 9.062 billion Medics are fiercely patriotic and enjoy great social equality; they tend to view other, more capitalist countries as somewhat immoral and corrupt.

The large government juggles the competing demands of Education, Healthcare, and Environment. It meets to discuss matters of state in the capital city of Cheyenne Mountain. The average income tax rate is 66.0%, and even higher for the wealthy.

The powerhouse Medical economy, worth 774 trillion stethescopes a year, is quite specialized and dominated by the Information Technology industry, with significant contributions from Book Publishing, Tourism, and Basket Weaving. State-owned companies are common. Average income is 85,414 stethescopes, and distributed extremely evenly, with little difference between the richest and poorest citizens.

Recent protests against birds flying too low have resulted in bloodshed, feuilletons can only be deciphered with a Galliennais dictionary, vital intelligence-gathering activities are put on hold as agents return home for seduction training and advanced poker instruction, and the government is making attempts at curtailing the flood of spam emails with little progress. Crime, especially youth-related, is totally unknown, thanks to a capable police force and progressive social policies in education and welfare. Doctor Lam's national animal is the sentient X-ray machine, which frolics freely in the nation's sparkling oceans.