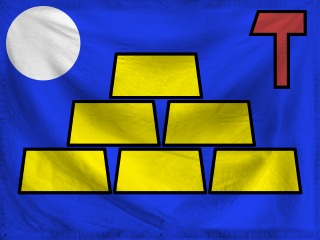 The Incorporated States of Dibbleria is a gargantuan, environmentally stunning nation, ruled by Dibbler with a fair hand, and notable for its prohibition of alcohol, devotion to social welfare, and stringent health and safety legislation. The hard-nosed, hard-working, democratic population of 11.907 billion Dibblerians hold their civil and political rights very dear, although the wealthy and those in business tend to be viewed with suspicion.

The relatively small government prioritizes Education, although Industry, Environment, and Healthcare are also considered important, while Spirituality receives no funds. It meets to discuss matters of state in the capital city of Glod. The average income tax rate is 80.2%, and even higher for the wealthy.

The frighteningly efficient Dibblerian economy, worth a remarkable 4,241 trillion diblerons a year, is broadly diversified and led by the Information Technology industry, with major contributions from Tourism, Retail, and Arms Manufacturing. Average income is an amazing 356,191 diblerons, and distributed extremely evenly, with little difference between the richest and poorest citizens.

Blue sky thinkers are reminded that the firmament is actually more of a grey-ish colour, doctors spend more time writing sick notes than caring for the sick, government ministers are regularly seen in the streets confessing their sins and hammering missiles into plow-shares, and D-SPAN viewership drops as MPs act their age. Crime is totally unknown. Dibbleria's national animal is the weasel, which is also the nation's favorite main course.

The Seeker of Power,