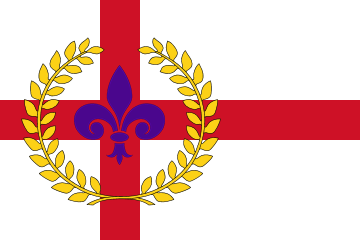 The Res Publica Romana of Desmosthenes and Burke is a colossal, cultured nation, ruled by Gaius Lucanus Aurelius with a fair hand, and renowned for its smutty television, compulsory military service, and stringent health and safety legislation. The hard-nosed, hard-working, democratic population of 7.965 billion Burkeans enjoy a sensible mix of personal and economic freedoms, while the political process is open and the people's right to vote held sacrosanct.

The relatively small government juggles the competing demands of Education, Defense, and Healthcare. It meets to discuss matters of state in the capital city of Lutetia. The average income tax rate is 28.2%, but much higher for the wealthy.

The thriving Burkean economy, worth 818 trillion Denarii a year, is broadly diversified and led by the Tourism industry, with major contributions from Information Technology, Arms Manufacturing, and Retail. Average income is an impressive 102,783 Denarii, and evenly distributed, with the richest citizens earning only 2.1 times as much as the poorest.

The death penalty has been reintroduced, crowds of flag-burning protesters tend to accidentally become crowds of burning protesters, nine-year-olds' chat logs are scoured for evidence of radicalization, and Burkean police have to pay out of their own pockets for bulletproof vests. Crime, especially youth-related, is totally unknown, thanks to a capable police force and progressive social policies in education and welfare. Desmosthenes and Burke's national animal is the Grey Wolf, which frolics freely in the nation's many lush forests, and its national religion is Religio Romanum.

Desmosthenes and Burke is ranked 124,640th in the world and 3,144th in the West Pacific for Largest Publishing Industry, scoring 1,353.68 on the Bella Potter Productivity e-Index.

Most Recent Government Activity: 41 minutes ago

San Mazer, and 5 others.