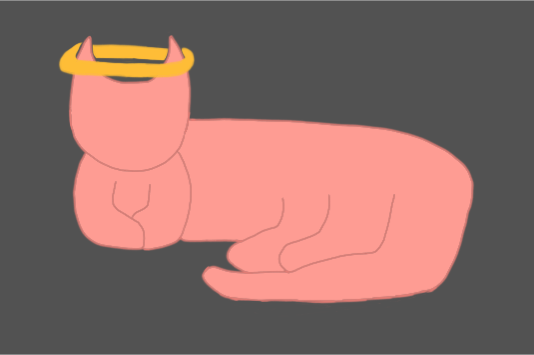 The Partially Purple Zombies of Demonic Satan is a massive, cultured nation, ruled by Medea Xolothos with an even hand, and renowned for its museums and concert halls, ubiquitous missile silos, and punitive income tax rates. The compassionate population of 1.807 billion Demonic Satanians have some civil rights, but not too many, enjoy the freedom to spend their money however they like, to a point, and take part in free and open elections, although not too often.

The large, corrupt government juggles the competing demands of Education, Administration, and Defense. It meets to discuss matters of state in the capital city of The 9th Level of Hell. The average income tax rate is 68.5%, and even higher for the wealthy.

The all-consuming Demonic Satanian economy, worth 195 trillion Lucifers a year, is fairly diversified and led by the Information Technology industry, with major contributions from Tourism, Arms Manufacturing, and Furniture Restoration. State-owned companies are reasonably common. Average income is an impressive 108,139 Lucifers, and evenly distributed, with the richest citizens earning only 2.0 times as much as the poorest.

Most pop videos prominently feature the Demonic Satanian flag, crackheads chase drug-loaded drones in hopes of a lucky drop, rumours have it that a secret police is responsible for the recent spate of missing persons, and everyone suspects that everyone else is a terrorist. Crime, especially youth-related, is totally unknown, thanks to a capable police force and progressive social policies in education and welfare. Demonic Satan's national animal is the Fire-Breathing Cockroach, which frolics freely in the nation's many lush forests, and its national religion is Yraa Yjr Giyitr.

Demonic Satan is ranked 60,769th in the world and 5th in sus is mildly sus my guy for Largest Retail Industry, scoring 4,020.99 on the Shrinkwrap Consignment Productivity Index.