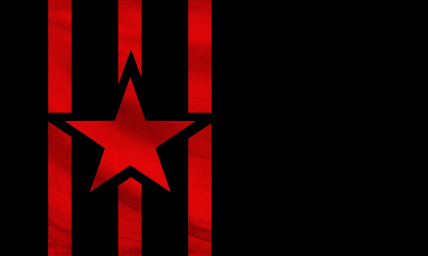 The Extant Territory of Deliber is a massive, efficient nation, notable for its rampant corporate plagiarism, punitive income tax rates, and stringent health and safety legislation. The compassionate, democratic, cheerful population of 4.461 billion Delibites are free to do what they want with their own bodies, and vote for whomever they like in elections; if they go into business, however, they are regulated to within an inch of their lives.

The enormous, liberal, outspoken government juggles the competing demands of Education, Healthcare, and Administration. It meets to discuss matters of state in the capital city of Mulse. The average income tax rate is 91.2%, and even higher for the wealthy.

The frighteningly efficient Deliberian economy, worth 561 trillion Gold Ingots a year, is quite specialized and led by the Tourism industry, with major contributions from Information Technology and Book Publishing. State-owned companies are common. Average income is an impressive 125,800 Gold Ingots, and distributed extremely evenly, with little difference between the richest and poorest citizens.

Folk are absolutely certain that you can never be absolutely certain, the nation's smallest Duckball teams trade draft picks for a free lunch, doctors spend more time writing sick notes than caring for the sick, and most citizens in Deliber are abject pyrophobes after extremely graphic pamphlets were mailed nationwide by the government. Crime is totally unknown. Deliber's national animal is the Duck, which soars majestically through the nation's famously clear skies.

Deliber is ranked 269,163rd in the world and 954th in Europeia for Largest Automobile Manufacturing Sector, scoring -12.88 on the Henry Ford Productivity Index.

Kingdom of Ones Heart,