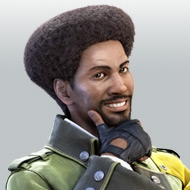 The Federation of Defender Memelords is a colossal, cultured nation, remarkable for its compulsory military service, state-planned economy, and stringent health and safety legislation. The devout population of 6.994 billion Defender Memelordsians are prohibited from doing almost everything except voting, which they do timidly and conservatively.

The large, moralistic, socially-minded government juggles the competing demands of Law & Order, Welfare, and Spirituality. The average income tax rate is 66.9%, and even higher for the wealthy.

The large but sluggish Defender Memelordsian economy, worth 217 trillion Credits a year, is driven entirely by a combination of government and state-owned industry, with private enterprise illegal. The industrial sector is led by the Trout Farming industry, with major contributions from Arms Manufacturing, Automobile Manufacturing, and Book Publishing. Average income is 31,042 Credits, and distributed extremely evenly, with little difference between the richest and poorest citizens.

Crime, especially youth-related, is totally unknown, thanks to a very well-funded police force and progressive social policies in education and welfare. Defender Memelords's national animal is the Meme, which frolics freely in the nation's many lush forests.

Defender Memelords is ranked 95,022nd in the world and 10th in Founderless for Most Subsidized Industry, scoring 864.21 on the Gilded Widget Scale.