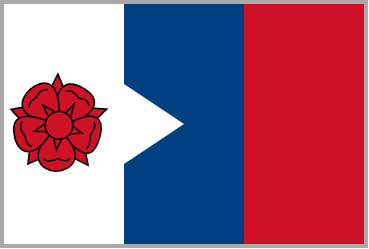 The Armed Republic of Dectanache is a huge, efficient nation, remarkable for its frequent executions, otherworldly petting zoo, and avowedly heterosexual populace. The hard-nosed, hard-working, devout population of 378 million Dectanacheans are either ruled by a sleek, efficient government or a conglomerate of multinational corporations; it's difficult to tell which.

The relatively small government juggles the competing demands of Law & Order, Administration, and Industry. It meets to discuss matters of state in the capital city of Streubert. Citizens pay a flat income tax of 9.5%.

The all-consuming Dectanachean economy, worth 40.4 trillion Kronor a year, is broadly diversified and led by the Information Technology industry, with major contributions from Tourism, Retail, and Arms Manufacturing. Average income is an impressive 106,895 Kronor, but there is a significant disparity between incomes, with the richest 10% of citizens earning 337,856 per year while the poor average 25,822, a ratio of 13.1 to 1.

Every day has been a surprise since weather reporters turned to consulting ancient totems for their seven-day forecasts, abortion is only legal in unusual circumstances, short shrift is being given to applications for political asylum from illegal immigrants, and foundling babies rarely make it off the doorsteps they are abandoned on. Crime, especially youth-related, is well under control, thanks to a capable police force and progressive social policies in education and welfare. Dectanache's national animal is the Eagle.

Dectanache is ranked 29,148th in the world and 5th in Bhaal Sahckia for Most Scientifically Advanced, scoring 191.72 on the Kurzweil Singularity Index.