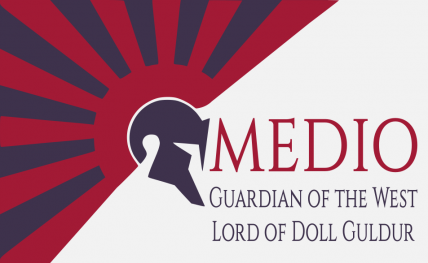 The Dynamite Sticks of Cyclical Saboteur is a gargantuan, efficient nation, ruled by SpiesRus with an iron fist, and notable for its teetotalling pirates, enslaved workforce, and otherworldly petting zoo. The hard-nosed, cynical, humorless, devout population of 14.172 billion Cyclical Saboteurians are kept under strict control by the oppressive government, which measures its success by the nation's GDP and refers to individual citizens as "human resources."

The large, corrupt, moralistic, well-organized government juggles the competing demands of Defense, Industry, and Law & Order. It meets to discuss matters of state in the capital city of EArts. The average income tax rate is 92.1%.

The frighteningly efficient Cyclical Saboteurian economy, worth a remarkable 2,958 trillion Shiny Green Things a year, is driven entirely by a combination of government and state-owned industry, with private enterprise illegal. However, for those in the know, there is an enormous, deeply entrenched, broadly diversified black market in Arms Manufacturing, Uranium Mining, Book Publishing, and Beef-Based Agriculture. The private sector mostly consists of enterprising ten-year-olds selling lemonade on the sidewalk, but the government is looking at stamping this out. Average income is an amazing 208,735 Shiny Green Things, and evenly distributed, with the richest citizens earning only 3.4 times as much as the poorest.

Former bars are desperately trying to re-brand themselves as cafés, people faint regularly as they get stuck with compulsory vaccinations, war criminals are given full state funerals, and Maths Professor Barbie is the most popular toy for boys and girls alike. Crime, especially youth-related, is totally unknown, thanks to the all-pervasive police force and progressive social policies in education and welfare. Cyclical Saboteur's national animal is the Scorpian, which teeters on the brink of extinction due to widespread deforestation, and its national religion is Dynamitism.

Cyclical Saboteur is ranked 237,784th in the world and 17th in Doll Guldur for Best Weather, with -13 Meters Of Sunlight.