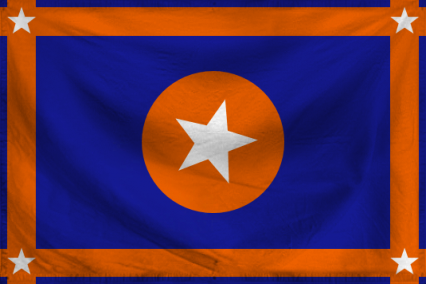 The Federal Republic of Crindent is a colossal, socially progressive nation, ruled by Mr President with a fair hand, and renowned for its keen interest in outer space, irreverence towards religion, and punitive income tax rates. The compassionate, democratic population of 7.49 billion Crindentians hold their civil and political rights very dear, although the wealthy and those in business tend to be viewed with suspicion.

The enormous, liberal, outspoken government juggles the competing demands of Administration, Education, and Healthcare. It meets to discuss matters of state in the capital city of Sagan. The average income tax rate is 96.2%.

The frighteningly efficient Crindentian economy, worth a remarkable 1,239 trillion Crindentian Dollars a year, is quite specialized and mostly made up of the Information Technology industry, with significant contributions from Book Publishing, Tourism, and Trout Farming. State-owned companies are reasonably common. Average income is an impressive 165,490 Crindentian Dollars, and distributed extremely evenly, with little difference between the richest and poorest citizens.

National park visitors are reporting a rash of poison ivy sightings, snitches get riches, the nightly news reports prosaically on the government blindly throwing money at despotic kidnappers, and guide dogs for the blind have been seen using government websites. Crime is totally unknown, thanks to a capable police force and progressive social policies in education and welfare. Crindent's national animal is the Snow Fox, which frolics freely in the nation's many lush forests.

Crindent is ranked 272,679th in the world and 148th in The Social Liberal Union for Fattest Citizens, with 4.56 Obesity Rate.