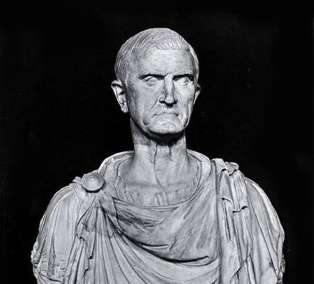 The Dominion of Crassus is a colossal, safe nation, renowned for its compulsory military service and restrictive gun laws. The hard-nosed, hard-working, cynical population of 8.425 billion Crassusians are kept under strict control by the oppressive government, which measures its success by the nation's GDP and refers to individual citizens as "human resources."

The Crassusian economy, worth 346 trillion lire a year, is led by the Tourism industry, with major contributions from Uranium Mining, Arms Manufacturing, and Beef-Based Agriculture. Average income is 41,140 lire, and evenly distributed, with the richest citizens earning only 3.4 times as much as the poorest.

Crime, especially youth-related, is almost non-existent, thanks to a very well-funded police force and progressive social policies in education and welfare. Crassus's national animal is the eagle.

Crassus is ranked 51,929th in the world and 1st in Unified Capitalist Alliance for Largest Mining Sector, scoring 4,547.05 on the Blue Sky Asbestos Index.

Most Recent Government Activity: 31 days ago