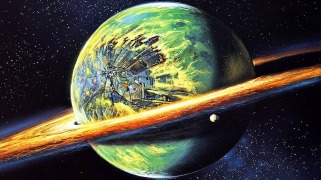 The Federation of Corrolia is a colossal, efficient nation, ruled by President Snow with an iron fist, and renowned for its teetotalling pirates, deadly medical pandemics, and public floggings. The hard-nosed, cynical, humorless population of 7.407 billion Corrolians are kept under strict control by the oppressive government, which measures its success by the nation's GDP and refers to individual citizens as "human resources."

The medium-sized, corrupt, well-organized government prioritizes Administration, although Defense, Education, and Law & Order are also considered important, while International Aid and Environment receive no funds. It meets to discuss matters of state in the capital city of Battlestation Gatlantica. The average income tax rate is 32.5%, but much higher for the wealthy.

The powerhouse Corrolian economy, worth 802 trillion credits a year, is driven entirely by a combination of government and state-owned industry, with private enterprise illegal. However, for those in the know, there is an enormous, deeply entrenched, quite specialized black market in Retail, Uranium Mining, Information Technology, and Gambling. The private sector mostly consists of enterprising ten-year-olds selling lemonade on the sidewalk, but the government is looking at stamping this out. Average income is an impressive 108,370 credits, and evenly distributed, with the richest citizens earning only 2.0 times as much as the poorest.

A soldier's body is a temple, police officers ride the swiftest Vermicious Knids, hiding wrinkles with make-up is illegal, and infantry are nicknamed "mushrooms" because they get fed crap and are left in the dark. Crime, especially youth-related, is totally unknown, thanks to a capable police force and progressive social policies in education and welfare. Corrolia's national animal is the Vermicious Knids, which teeters on the brink of extinction due to widespread deforestation, and its national religion is Cosmos.

Corrolia is ranked 254,301st in the world and 31st in Hartfelden for Least Corrupt Governments, with 15.97 percentage of bribes refused.