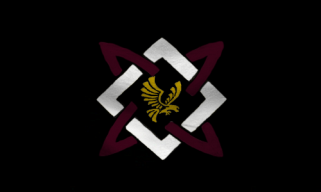 The Holy Constitutional Monarchy of Comackia is a colossal, efficient nation, ruled by Císařovna Catherine with an even hand, and remarkable for its multi-spousal wedding ceremonies, smutty television, and frequent executions. The hard-nosed population of 8.466 billion Comackians have some civil rights, but not too many, enjoy the freedom to spend their money however they like, to a point, and take part in free and open elections, although not too often.

The large, corrupt government juggles the competing demands of Defense, Industry, and Education. It meets to discuss matters of state in the capital city of Saint Catherinsburg. The average income tax rate is 98.6%.

The frighteningly efficient Comackian economy, worth a remarkable 2,147 trillion Chrysphils a year, is led by the Tourism industry, with major contributions from Information Technology, Arms Manufacturing, and Book Publishing. Average income is an amazing 253,689 Chrysphils, and evenly distributed, with the richest citizens earning only 2.0 times as much as the poorest.

The government has enacted freedom of information, adults pretending to be teenage girls claim to have wholesome motives, most households' childcare costs are higher than their mortgage payments, and criminals and college students are taking an interest in the government's new weed-killing program. Crime, especially youth-related, is totally unknown, thanks to a capable police force and progressive social policies in education and welfare. Comackia's national animal is the Vampire Finch, which soars majestically through the nation's famously clear skies, and its national religion is Reformed Voidism.

Comackia is ranked 181,550th in the world and 5th in Qiama for Most Avoided, scoring 0.3 on the Kardashian Reflex Score.