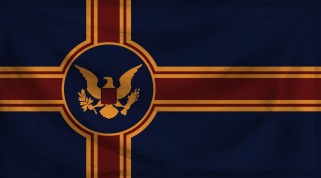 The Imperial States Alliance of Coltarin is a gargantuan, safe nation, ruled by Atriarch John Carlson with an even hand, and notable for its anti-smoking policies, sprawling nuclear power plants, and smutty television. The hard-nosed, cynical, humorless, devout population of 24.804 billion Coltarians have some civil rights, but not too many, enjoy the freedom to spend their money however they like, to a point, and take part in free and open elections, although not too often.

The medium-sized, corrupt government prioritizes Defense, with Law & Order, Industry, and Healthcare also on the agenda, while Social Policy and Spirituality aren't funded at all. It meets to discuss matters of state in the capital city of Vekta. The average income tax rate is 44.6%, but much higher for the wealthy.

The frighteningly efficient Coltarian economy, worth a remarkable 3,892 trillion ISA Geldas a year, is led by the Arms Manufacturing industry, with major contributions from Tourism, Automobile Manufacturing, and Book Publishing. Black market activity is extensive. State-owned companies are reasonably common. Average income is an impressive 156,942 ISA Geldas, and evenly distributed, with the richest citizens earning only 2.3 times as much as the poorest.

Foreign visitors who show an interest in Coltarian politics are immediately deported, government theft from poor artists to give to rich allies has been dubbed the "reverse Robin Hood" policy, withdrawal of support for drug addicts is leaving many with cold sweats, and the official Coltarian Phrase Book weighs as much as a small child. Crime, especially youth-related, is totally unknown, thanks to a well-funded police force and progressive social policies in education and welfare. Coltarin's national animal is the Coltarian Gold Eagle, which is also the nation's favorite main course.

Coltarin is ranked 12,165th in the world and 22nd in Greater Dienstad for Highest Poor Incomes, with 101,938.82 Standard Monetary Units.