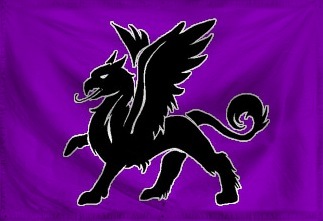 The Free Lands of Coffin-Breathe is a gargantuan, safe nation, ruled by primus inter pares with an even hand, and notable for its otherworldly petting zoo, keen interest in outer space, and state-planned economy. The compassionate, democratic population of 25.066 billion Coffin-Breathren are fiercely patriotic and enjoy great social equality; they tend to view other, more capitalist countries as somewhat immoral and corrupt.

The enormous government prioritizes Education, with Environment, Healthcare, and Social Policy also on the agenda, while Spirituality and Defense receive no funds. The average income tax rate is 98.7%.

The frighteningly efficient Coffin-Breathish economy, worth a remarkable 4,274 trillion needlesses a year, is driven entirely by a combination of government and state-owned industry, with private enterprise illegal. The industrial sector, which is highly specialized, is mostly made up of the Book Publishing industry, with significant contributions from Tourism. Average income is an impressive 170,538 needlesses, and distributed extremely evenly, with practically no difference between the richest and poorest citizens.

Weird kids who eat bugs are breaking the law, Primus inter pares's used car is held together by bumper stickers that support the opposition, immigrants who don't like the taste of Coffin-Breathish Turnip Chips are immediately deported, and consumption of cat memes has skyrocketed. Crime is totally unknown. Coffin-Breathe's national animal is the homo sapiens, which frolics freely in the nation's many lush forests, and its national religion is there are no gods.

Coffin-Breathe is ranked 225,535th in the world and 4th in Greifenreservat for Most Patriotic, with 0.43 Flags saluted per person per day.