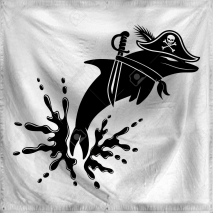 The Colony of Cleo City is a massive, cultured nation, ruled by Empress Cleo with an even hand, and remarkable for its compulsory military service, complete absence of social welfare, and spontaneously combusting cars. The hard-nosed, hard-working, devout population of 2.931 billion Cleo Cityians are either ruled by a sleek, efficient government or a conglomerate of multinational corporations; it's difficult to tell which.

The tiny, pro-business government is primarily concerned with Spirituality, although Defense, Education, and Law & Order are also considered important, while Welfare and International Aid aren't funded at all. It meets to discuss matters of state in the capital city of Cleoa. Citizens pay a flat income tax of 5.6%.

The strong Cleo Cityian economy, worth 184 trillion Dingadangdongs a year, is driven almost entirely by the private sector, which is broadly diversified and led by the Arms Manufacturing industry, with major contributions from Gambling, Automobile Manufacturing, and Door-to-door Insurance Sales. Average income is 62,969 Dingadangdongs, but there is a large disparity between incomes, with the richest 10% of citizens earning 309,469 per year while the poor average 7,322, a ratio of 42.3 to 1.

Noises louder than a whisper have been prohibited by law, former arsonists can be found on local fire brigades, Empress Cleo has just been declared ruler of Cleo City in an international press conference, and Cleoism has been named as Cleo City's national religion. Crime is a problem, with the police force struggling against a lack of funding and a high mortality rate. Cleo City's national animal is the Crocodile, which can occasionally be seen avoiding garbage in the nation's murky oceans, and its national religion is Cleoism.

Cleo City is ranked 80,636th in the world and 3rd in The Moderate Alliance for Most Extreme, scoring 21.07 on the Paul-Nader Subjective Decentrality Index.